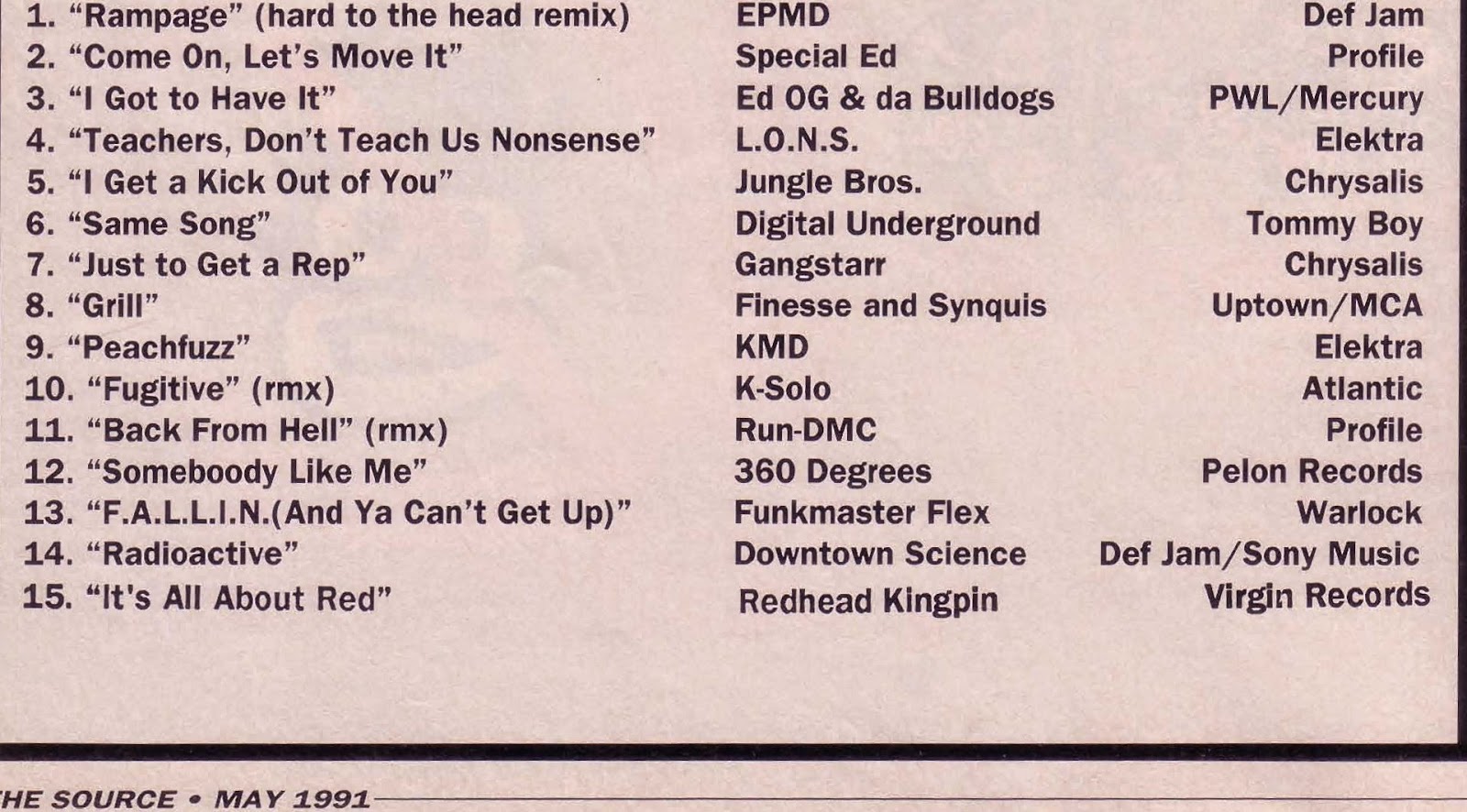 As we move on the year is 1991. And to say the least Hip-Hop isnt on my mind yet or not as much, im still rippin running around playin wit friends, playin nintendo and just livin life. But in 1991 i was introduced to Tribe Called Quest by my Dad's best friend's son. He way older then me at the time and i was chillin by his car and he asked do i know who they were. I had no clue then he showed me the The Low End Theory tape and played me Its Like Butter! I was mesmerized cause i never heard nothing like that before. So that kinda set me in motion to pay attention to hip-hip a tad bit more but that wouldnt b in motion until '92. Anyway there are some solid tracks on this Fat Tape as u can see so peep the flavor and ill holla at yall next week!