What up peoples, i just wanted to give yall an update on whats goin on!
Remember i told yall that i had tons of mixtapes from '02-05 that i have gave away to a friend of mine. It included a whole lot of stuff from kaySlay to Big Mike, to G-Unit stuff to some Diplomats stuff to some Best of's to some..... well yall get the point. Well the great thing is i was able to get that stuff back! I was kinda lucky he still had this stuff cause he coulda gave it away to somebody else. Like i told yall many times before i do this for yall, not me. Me personally, the mixtape game went to crap after '01. Thats why i gave way all the ones i had after that, but also some of these artists thats on these tapes u wouldnt catch me listenin to today cause my whole focus has changed since then. But just because i dont like it doesnt mean i wont post it, i know there's plenty of u out there that needs or listen to this so its my duty to provide it to yall.

I see my man Tapemasta at his spot puttin in OT work, i gotta uphold my end so he wont carry too much of the load. So im doin my part right now giving back. It might not be classic stuff but it was somethin that hittin back at that time!

Also remember people, i still have over 50+ classic mixtapes that i still need to post, but i have to get the tapes converted. And it costs a pretty penny to get all those tapes done, but im workin on it and when i drop that bomb my name will reign all over this mixtape blog world! Believe that!! So i have one Selecta Bam Bam joint to put up then im gonna get into those mixtapes i just got back from my friend. Believe me these joints will bring u back and u will glad i posted these.
Holla back and remember Recognize the Real is here to stay! Look out for the click which includes me, Tapemasta, Gildog, Soul, Olskool, djpos2, Marioka!! We comin like the Wu son!!
Posted by Brandan E. at 1:29 PM No comments:

Do You Have Any Of These Episodes? 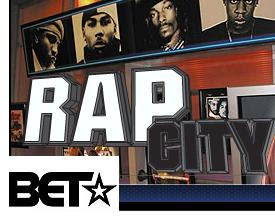 People out there know that this blog is only for musical purposes, but right now I need help from yall out there. By now u people know that im an ol' head and i love classic hip-hop. But also im an collector of things of hip-hop like old Source, XXL, Ego Trip & Rap Pages magazines. But right now im in dire need of old Yo! MTV Raps and BET Rap City episodes!
If anyone has any old YO! MTV Raps episodes from '88-'96 or any old BET Rap City episodes from '94-'99, please people holla at me ASAP!! E-mail me at dipsetgunit456@aol.com or tell me in the chat box or get at me some how so we can get at each other and make this happen! I know there is people out there that has episodes of these shows and they might think people dont be checkin for this stuff, but let me tell u that I do!! Im trying my hardest to get all that I can, im going to attack this with the same spirit i had going after hard to find mixtapes. Hopefully this will be more easier though. So please people if u can help a brotha out, i came thru for yall many times before so please try to come thru for me!!
Posted by Brandan E. at 3:22 PM 2 comments: