Blast From The Past Vol. 2: AZ- Gimmie Yours Remix (Video)

I know its been awhile but im back with Vol. 2 of this series. And this right here is a rare gem that not too many people knew about.

Back in '95, i was feelin AZ alot (pause) with Sugar Hill. That joint was too ill and i was desperately tryin to look for it!! I was askin my friends left and right if any of them had it and luckily one came thru for me. He had the cassette single and let me borrow it. Now as i was jammin this single, i flipped over to side B and saw that it had a remix to Gimmie Yours on there prod. by Erick Sermon. Now Gimmie Yours was already a dope joint that Pete Rock produced so i was thinkin how E-Double come close to toppin that? Erick Sermon at that time (and still is) was one of my fav. MC's & producers so i was interested in how he flipped this joint. When that track came on next on the tape, i was blown away yall!! 1st the sample he used had me hooked from the jump!! If yall dont know, the sample was a Freddie Jackson joint and E-Double flipped it just right!! I must played this joint like 8x in a row when i 1st heard it man, it that ill.

Forward to '05, my friend of mine was a huge AZ fan and when i asked him if he ever heard the Gimmie Yours remix he looked at me kinda crazy. He didnt know there was a remix for that record. U know i had to clown him for that, then i let him hear it and he was surprised by it as well. Then when i told him that Erick Sermon produced the record he didnt believe me at all. He tried to deny it for the longest until i finally showed him the credits and he saw for himself.

Then later on that year, i copped a best of AZ DVD with some of his videos on there. Now mind u there is no listing that came with this DVD so i didnt know what vids was on here. So as i was lookin at it, i heard a familiar tune comin on and before u knew it the vid for that track was on and was i dumbfounded. This track came out in '95 and 10 years later im just now seeing a vid for it, i didnt even know a vid was made for this track. Thats crazy! But its a classic nonetheless. Hope yall enjoy!! 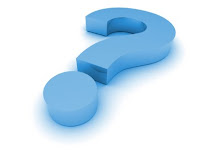 You know in hip-hop there were alot of events that changed the course of it. U always wonder what if this happened or what if this didnt happen? How would hip-hop be like today? Would it still be the same ( i hope not)? Would it be different? So i was thinkin and brainstorimg and i came up with #10 really good solid questions for u the people to answer. I would not be answering these, i wanna see what u all's take on them are. I know these questions will get some great quotables from u the people. So please answer these in the comment box and let ur thoughts be know!! Here we go.....

1. What if 2Pac successfully broke away from Suge Knight as he intented?

2. If BIG was still alive would Mase & The Lox still be on Bad Boy?

3. What if Suge Knight never said what he said at the 1995 Source Awards?

4. What if Blackstar came out with a 2nd LP shortly after their 1st one?

5. What if Lauryn Hill never left after her 1st LP?

6. What if The ROC never broke up?

7. What if Big L had actually signed with the ROC?

9. What if Rakim had actually recorded that LP with Dr. Dre's production?

10. What if P. Diddy was still Puffy or Puff Daddy? What i mean by that is, what if Diddy actually stayed committed to makin music instead of going Hollywood.

U know there was a time when BET was on point!! They had the classic years in the 90's when i was a youngster, then when the new decade came around in 2000 they had to re-invent themselves. And they did just that with the birth of 106 & Park. Now if people dont know, 106 & Park started in early 2000 taking Hitz on the Street timeslot. Now at the time i was pissed off cause Hitz was funny as hell, but soon after watchin 106 & park with AJ & Free i was thinkin hey they might be on to somethin. The hype even grew bigger for the show when they start doin Freestyle Friday battles, and the nigga to put that on the map was Postaboy. Man let me tell yall, back in those days when i was in the Navy, when Freestyle Friday was gettin ready to come on and Postaboy was doin his thing...imagine 20-30 people all crammed up in one little spot to see it!! It was that ill yall. It was something i never forget. And from then on it was on and poppin, it was livest part of the whole show. Alot memories watchin those wit my boys back then. Now this BET special is from 2003, and they give us the viewers the history of how this thing jumped off. They feature past Freestyle Friday champs such as... Postaboy, Jin, Avalanche, Backland, Uni-bomber, Shivy, Whyte-out, Drift & Nova. Im tellin yall, watchin this will bring back alot of memories if watched these guys doing their thing back then. Enjoy people!!

The Legend of Freestyle Friday 2000-03 from Brandan Evans on Vimeo.